IAPWS IF-97 based Steam Tables

This downloadable Steam Tables software replaces printed tables but covers many more physical properties of ice, water and steam and eliminates the need to interpolate between data points. Like all of Uconeer, the steam tables have context sensitive on-line Help. This program can be used to calculate physical properties for known temperature and pressure conditions, or it can search for the conditions that give rise to particular physical property values of enthalpy, entropy or density for water and/or steam. 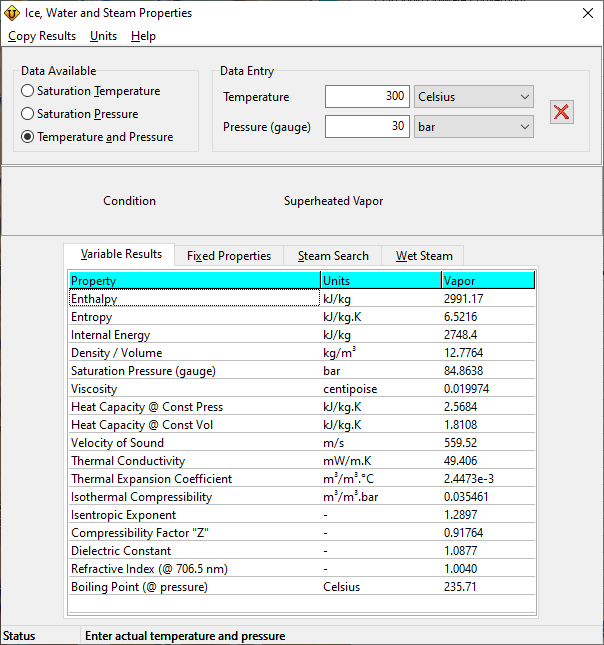 The Fixed Properties included in the Steam Tables 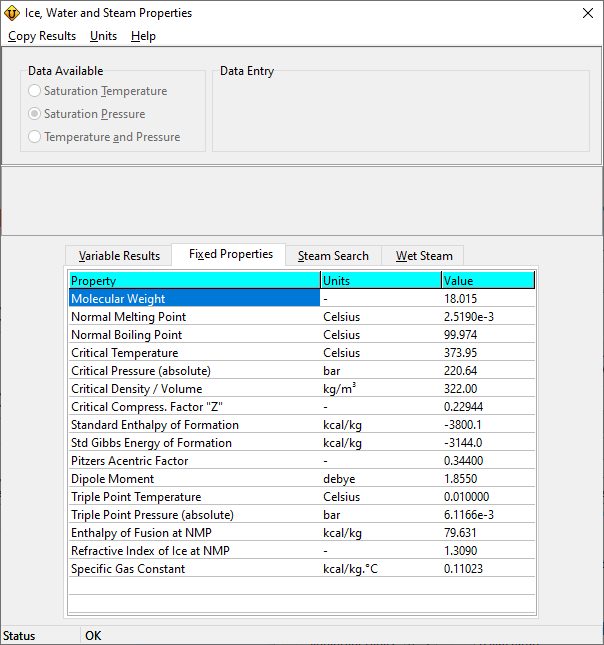 In addition to the pressure and temperature dependent properties of ice, water and steam, these software steam tables include 16 useful fixed properties. 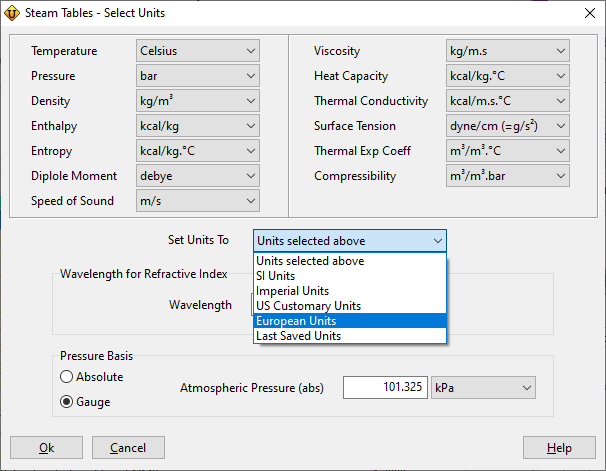 The units to be used for data entry and display of the physical properties of the ice, water and steam can be selected in sets or individually. The program stores the selection of units at shut down for use in the next session. The sets of units available include SI, Imperial, Customary (USA) and European Units. The wavelength used in calculating the refractive index, and the local atmospheric pressure used to calculate gauge pressure, are also set on this page.


The IAPWS References used for the Steam Tables calculations